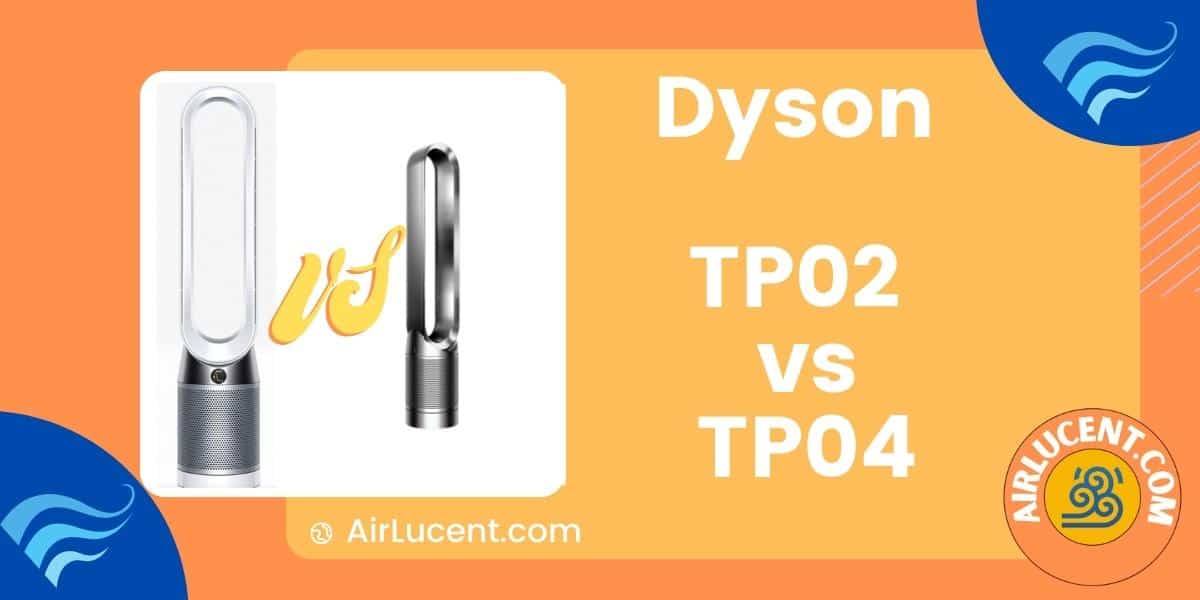 Dyson air purifiers are among the best on the market thanks to their unique designs and features. Dyson has air purifiers in various series with the TP (Pure Cool Tower Series) series having the largest purifiers. The Dyson TP02 and Dyson TP04, being the most popular in the series, have many similarities and differences discussed below.

The Dyson TP04 air purifier is better than the Dyson TP02 as it has more and better features including more modes, a better filter, a larger oscillation angle, and more safety features. However, the TP02 is cheaper than the TP04 and is still a great air purifier sharing the same great Dyson Air Multiplier technology with the TP04.

The two air purifiers are compared in the sections below based on their similarities, differences and which one to choose.

The differences and similarities between the two air purifiers are as follows:

The table above shows that the TP04 is the better air conditioner as it has more features than the TP02. 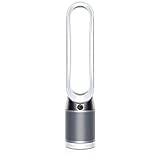 The similar aspects between the TP02 and TP04 include the following:

If these are the only features you’re looking for in an air filter, either option will suit your needs.

The two air purifiers differ in the following ways:

When it comes to the added features, the TP04 is a clear winner although it costs much more.

Both the Dyson TP02 and Dyson TP04 are large air purifiers meant for large spaces such as living rooms. They’re both free-standing air filters with very similar designs and weigh about the same too. Both air filters rely on the impressive Dyson Air Multiplier technology which has hidden the blades and provides purified air in a cool smooth breeze. The lack of blades makes them safe to pets and kids too.

Besides sharing the features above and many more, the TP04 has been created to be the better air purifier thanks to the modern technologies in it. For example, besides having hidden fans for safety, it adds the Child Safe feature which shuts off the air purifier when it’s toppled over.

Even with differences in their filters with the TP02 using a 360 glass HEPA filter and the TP04 using an advanced glass HEPA filter, they’re both very capable filters able to filter out up to 99.97% of the impurities in the air. These include ultrafine particles such as pet dander, dust, bacteria, pollen and others. The included Active Carbon will capture VOCs (Volatile Organic Compounds), smoke, gases, toxins, bad odors and others.

The modes on the air filters stand for the following:

The TP04 has all the modes while the TP02 only has the first 2 (Auto and Night Modes).

Given the extra features included in the TP04 air filter, it costs more. Besides the ones mentioned in the differences section, it also has a HEPA filter and Carbon filter included in the package. Youll need this exchange with the air filters inside it after about a year of use. Luckily, both air purifiers will notify you when you need to change the filters.

Verdict: Which Dyson Is The Better Air Filter

The Dyson TP04 is better than the TP02 as it has a wider oscillation, a more advanced filter, more operation modes, and a Child Safe feature to keep it safe from children and pets. It also comes with extra filters in the package for when you’ll need to change them. It is, however, the costlier option although it’s worth the extra cost.

If you don’t need the extra features offered by the TP04 or are on a strict budget, the TP02 is a very capable air purifier that should be considered. Beyond that, Dyson offers other types of air purifiers for other purposes.